This month's challenge on the Duncan Rhodes Painting Academy forum is to create a miniature with the theme "Wartorn". Here is my entry:

This is an OGRE Mark V, of the Thunder Bison Battalion based at Fort Knox, KY. This is Unit #4, nicknamed "The Fightin' Bison" by its support crews. It has become legendary for completing nearly impossible missions and somehow managing to drag itself back to a friendly base-camp to be re-fitted and made ready to fight again. Shown on this model is the initial damage Unit #4 suffered mere minutes after rolling out of The Mediterranean Sea as part of Operation Haymaker. Although it quickly lost a main battery, two secondary batteries, a missile launcher, and multiple anti-personnel weapons, it still managed to complete it's mission before again slinking into the sea to find shelter in the deep ocean.

This is a plastic OGRE Mark V model from Steve Jackson's OGRE. It has been severely damaged using a rotary cutter, files, and various grinding bits. The AP batteries have been replaced with parts from a 1/700 US Navy ship. When this challenge was announced I first thought of OGREs as a significant part of the game is based on how long they can keep fighting even after suffering horrendous damage.

It was a blast to modify and paint but I feel like I could have worked on it indefinitely.

Not a fan of these anti-personnel turrets. 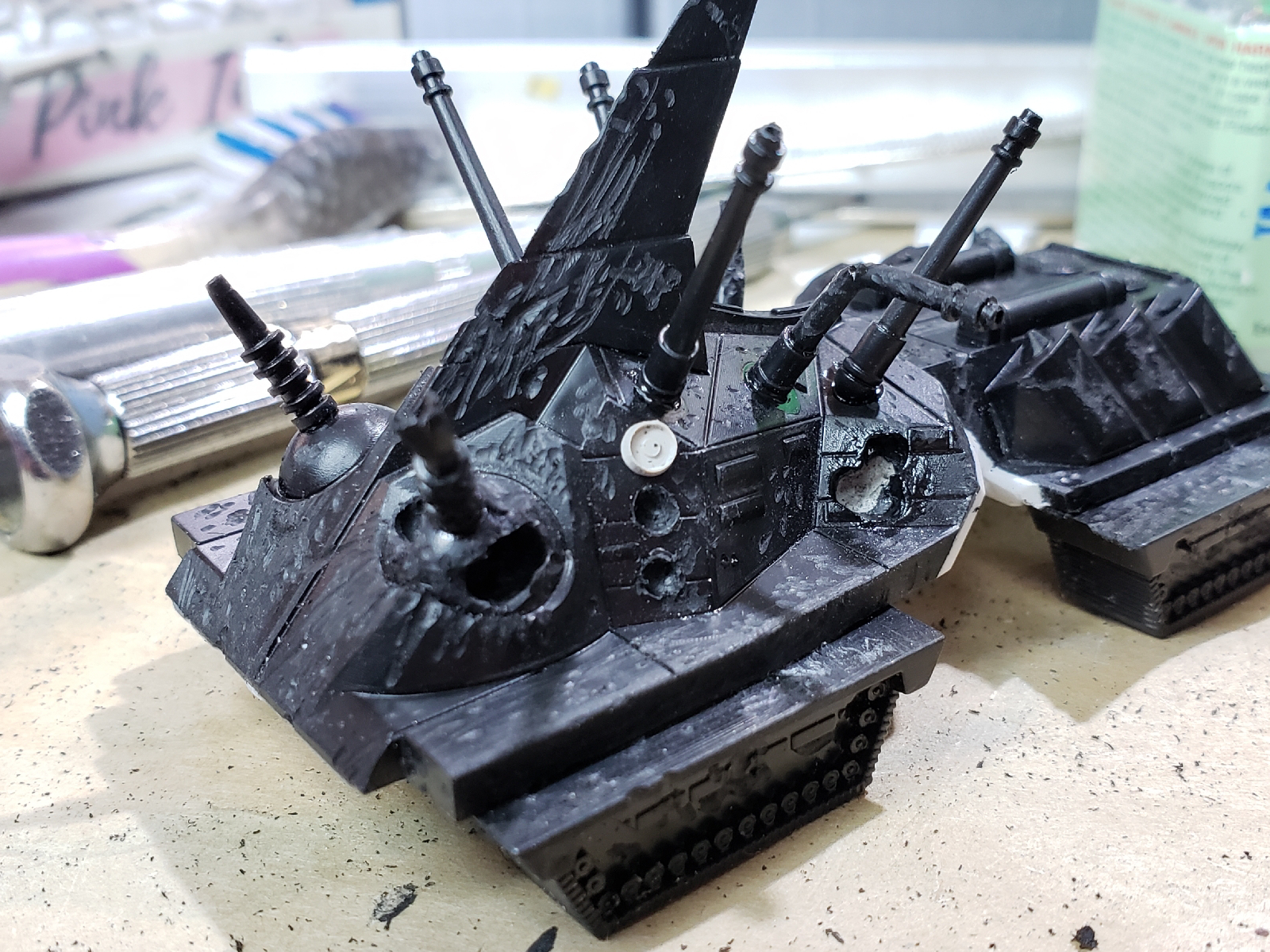 Replaced them with 1/700 parts from a US Navy Ship parts sprue. Attacked the surface with a ball grinder, files, and various grinding bits. 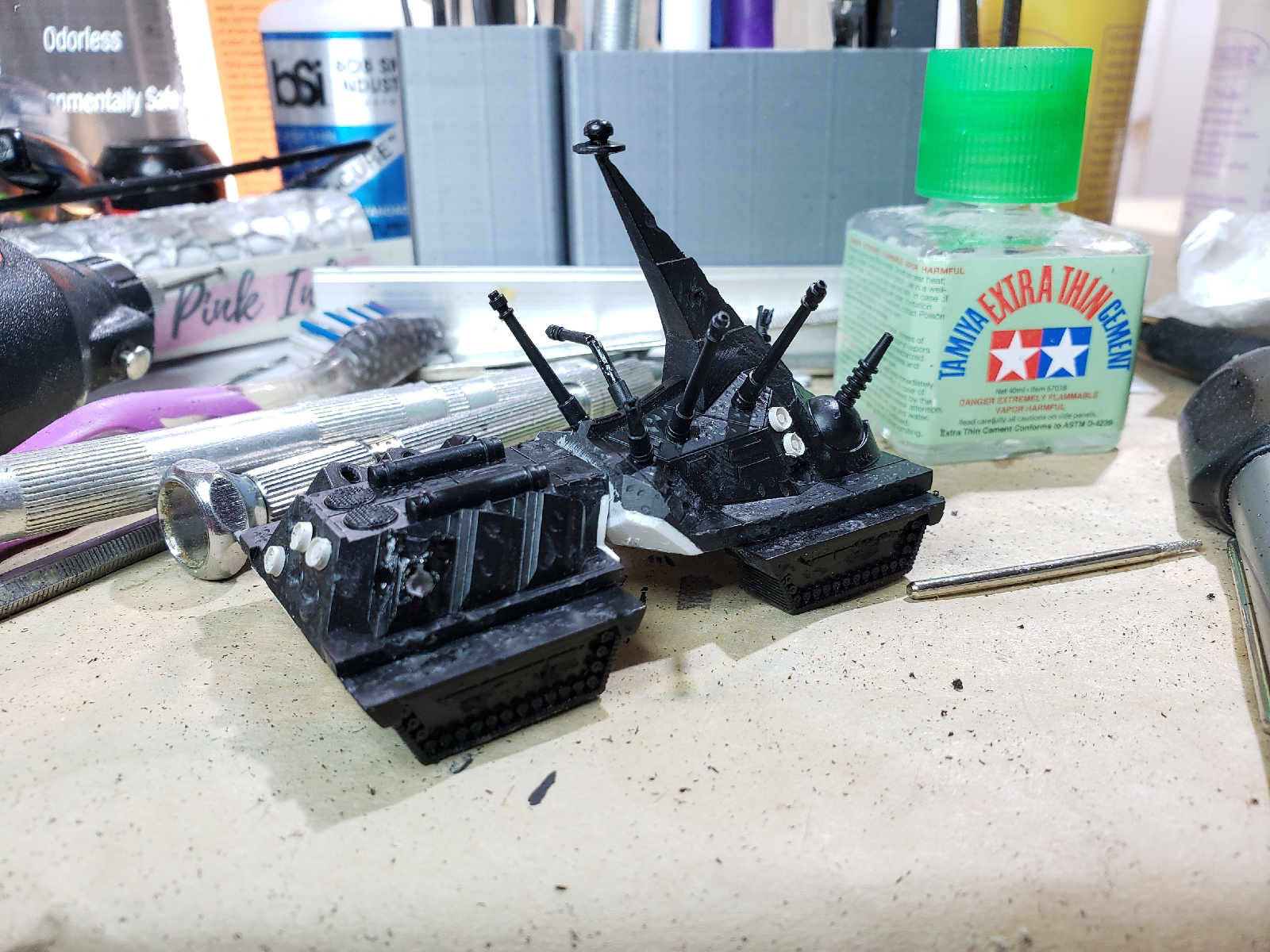 Closed in the hollow body with plasticard and putty. 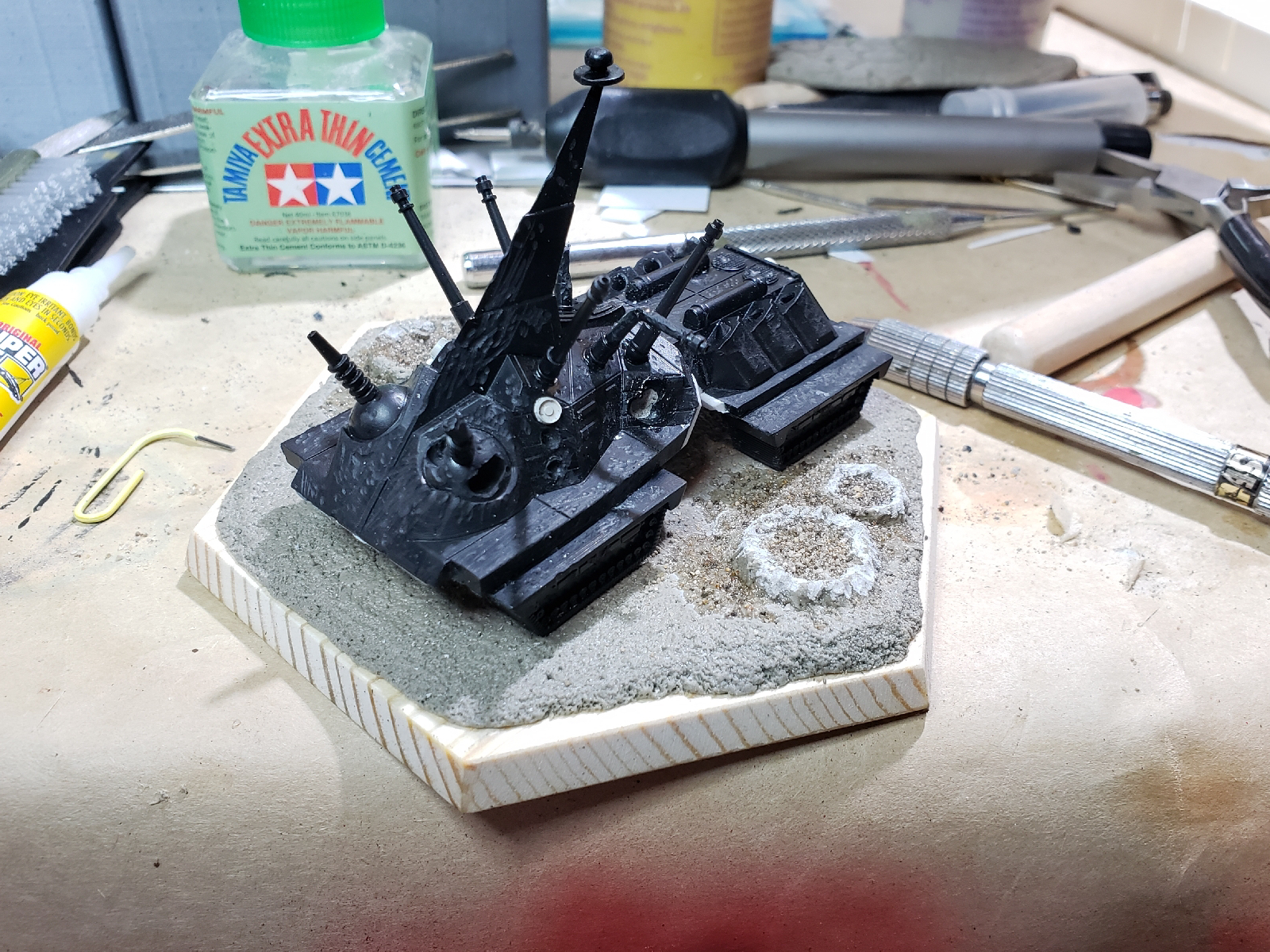 Base made from wood and beveled on a disk sander. Putty is Easy Sculpt. 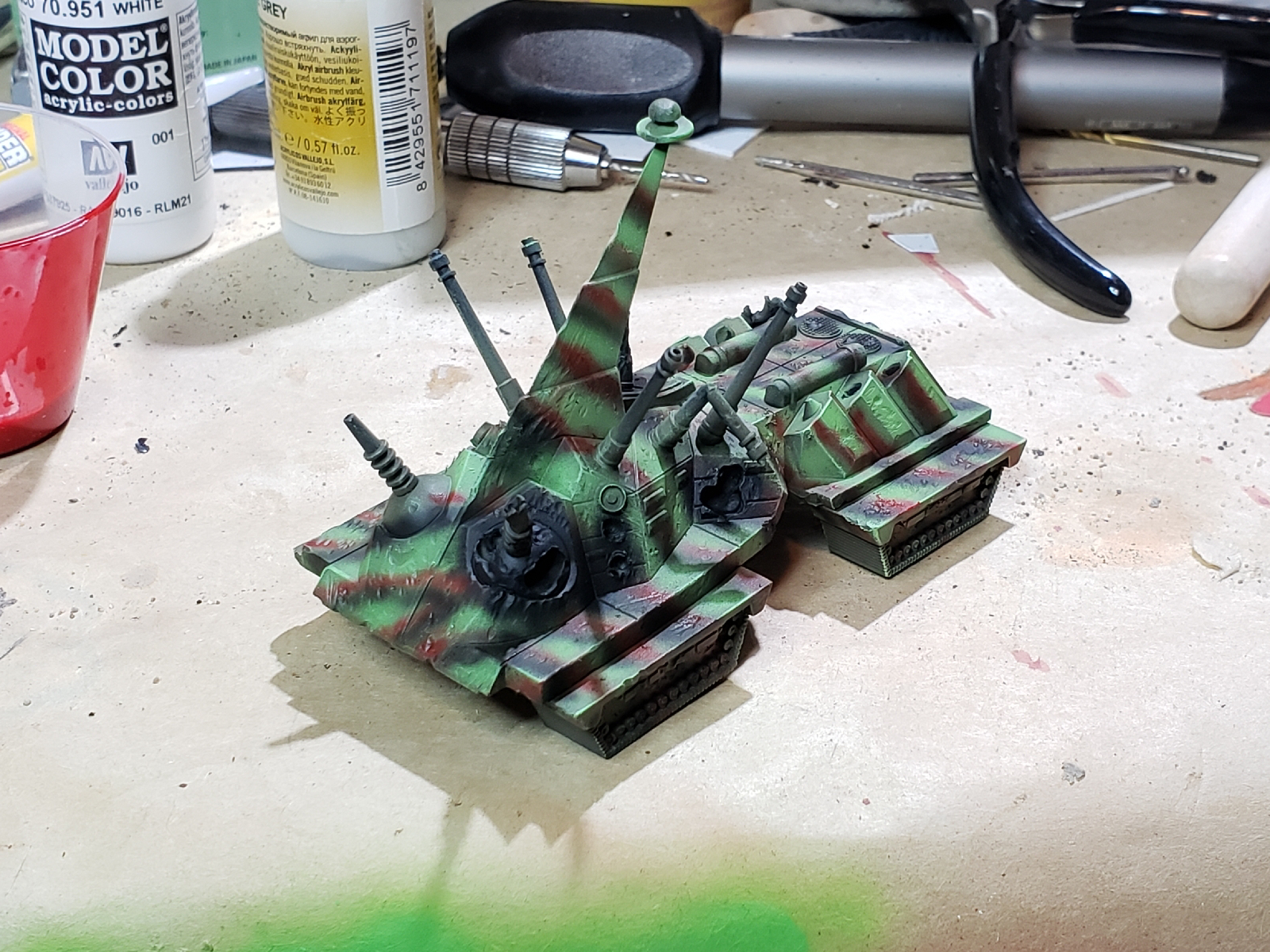 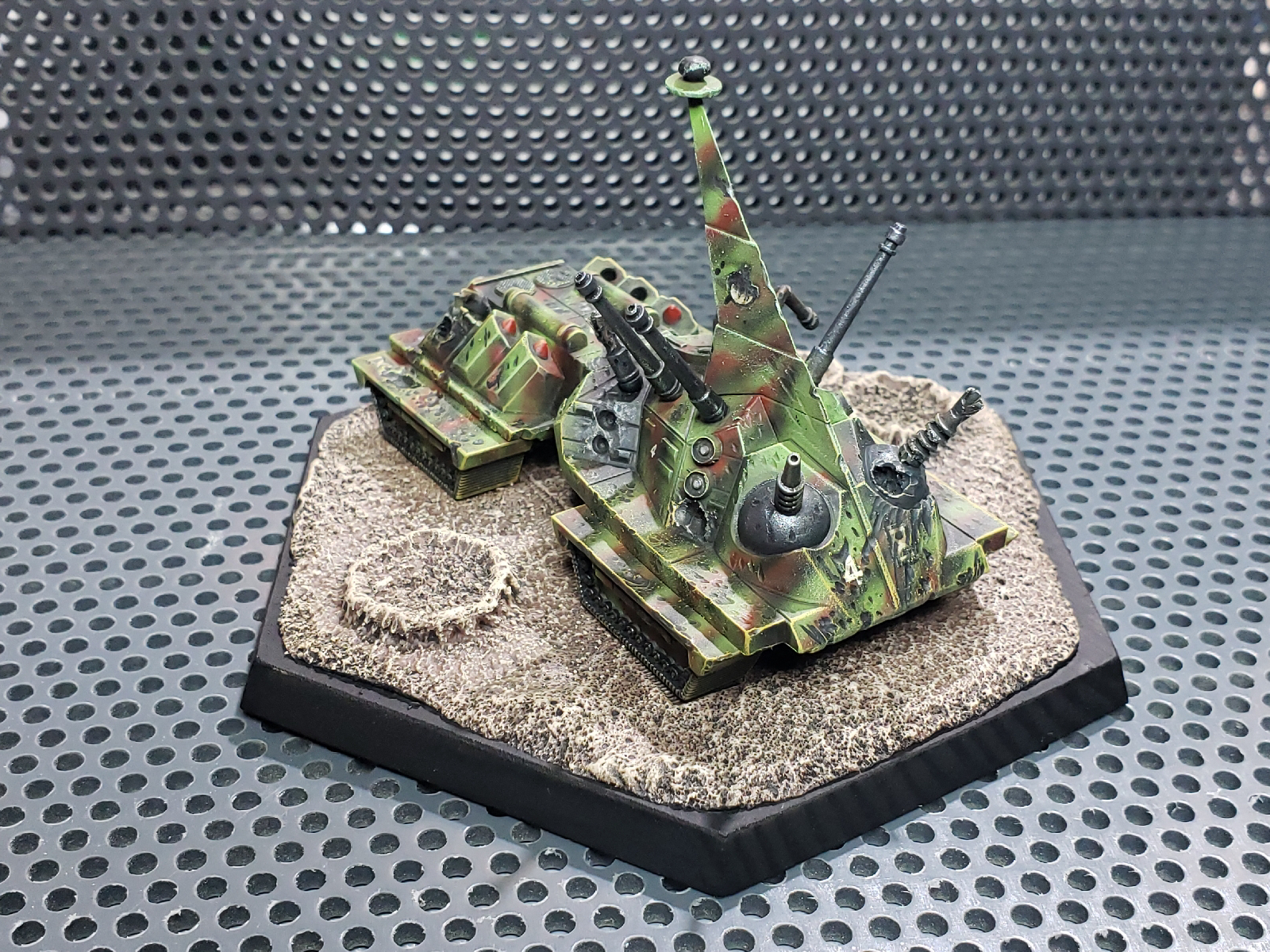 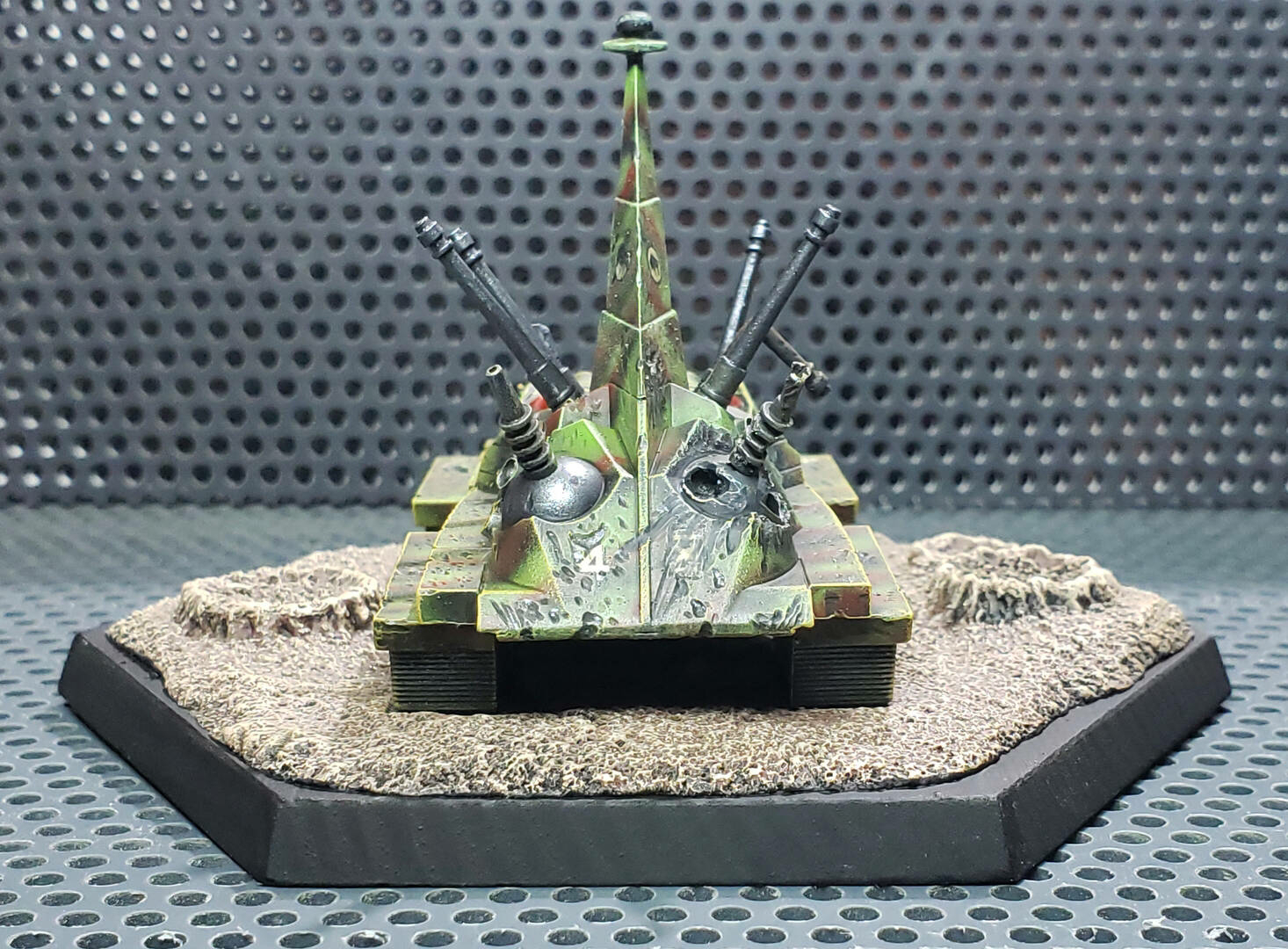 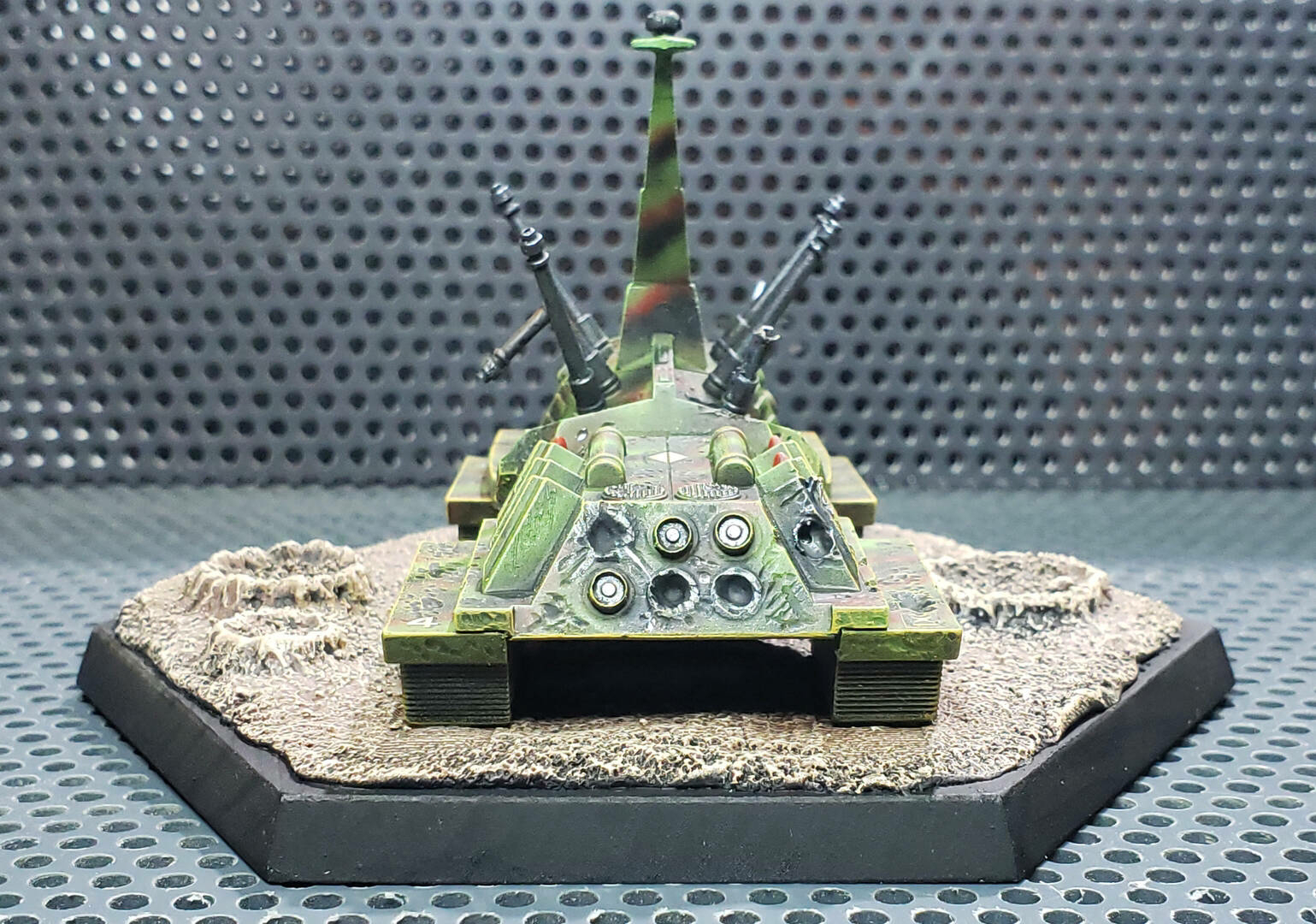 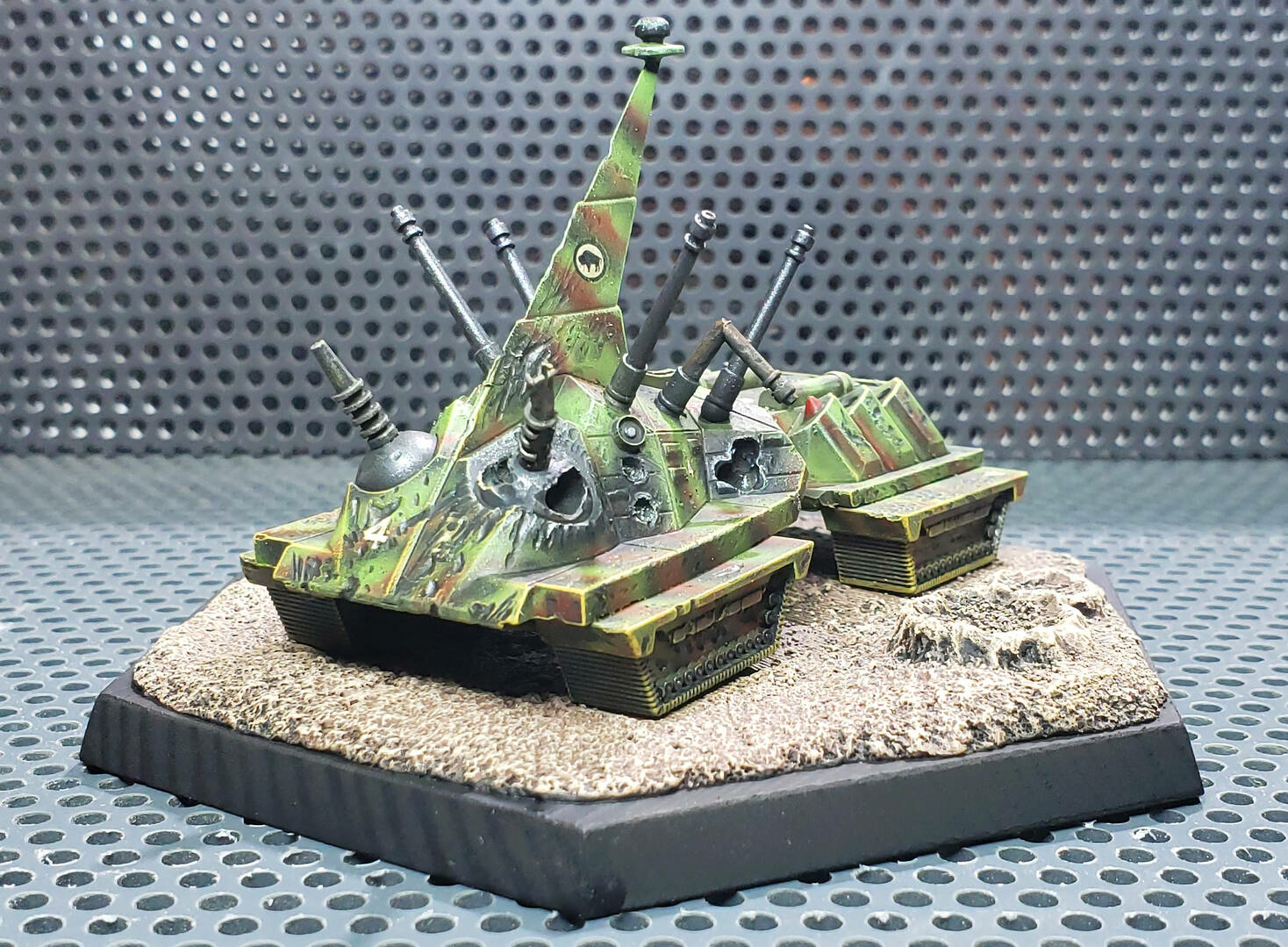 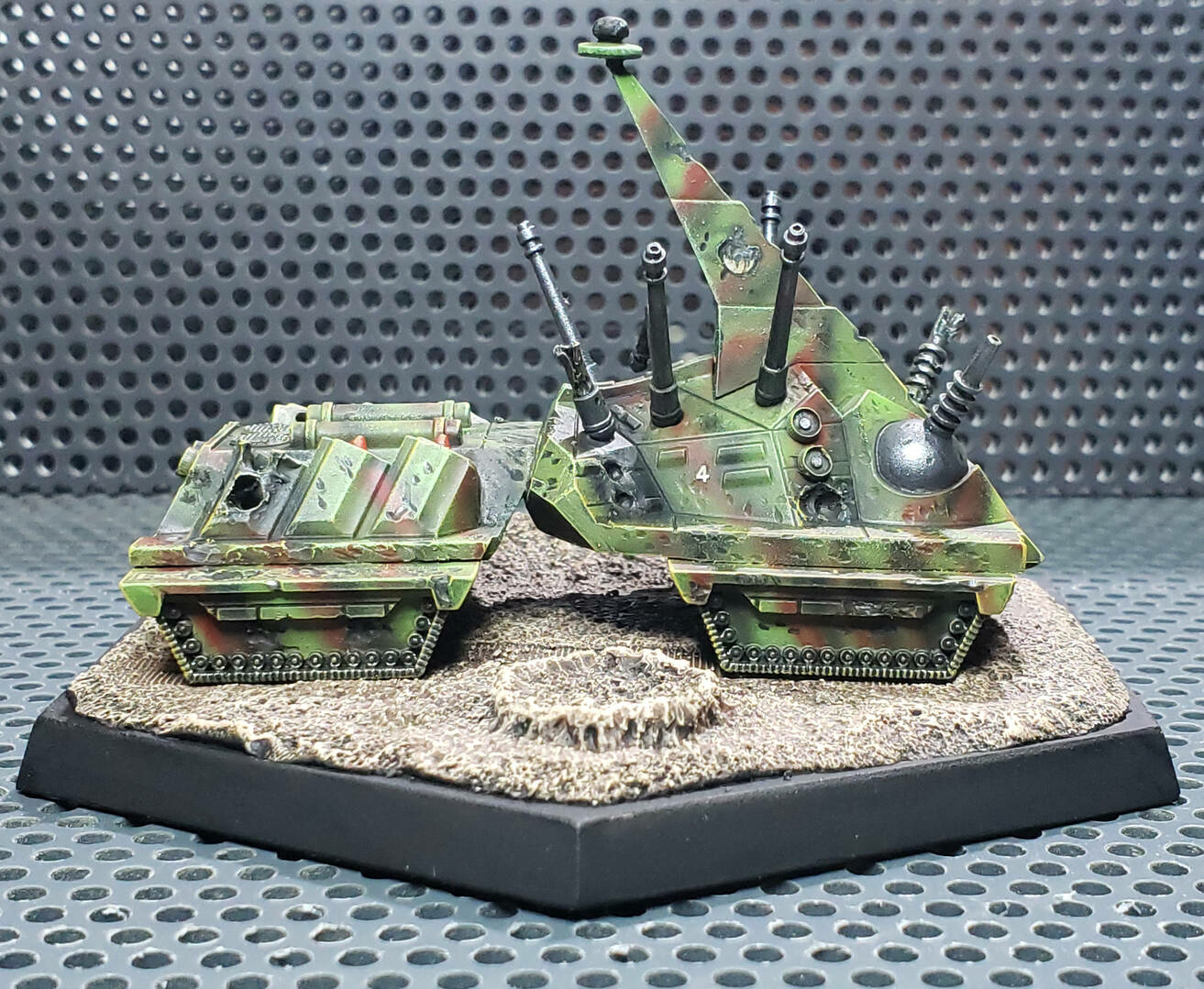 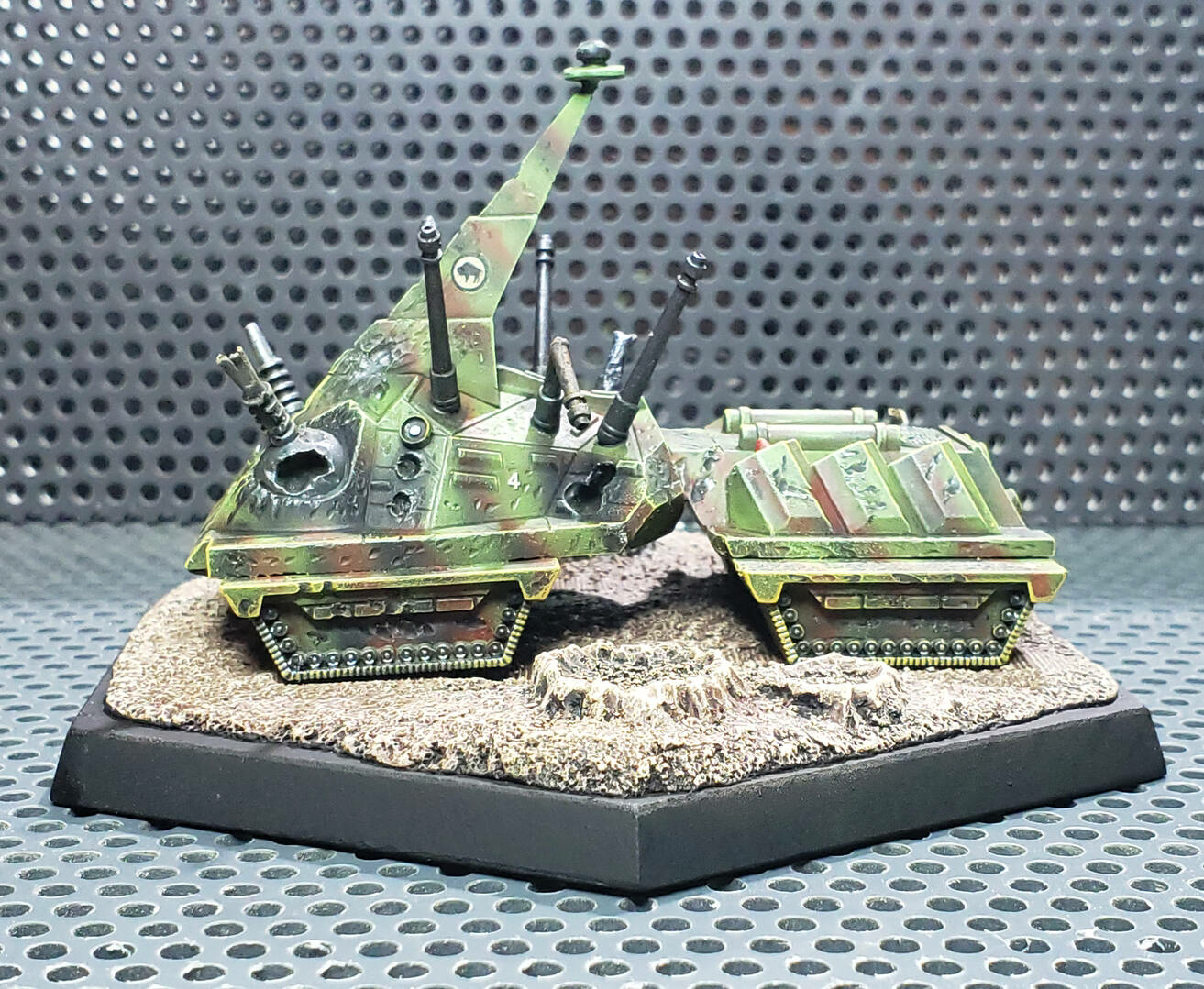