Like the pic says: It's National Comic Book Day! Buy Our Crap!!! 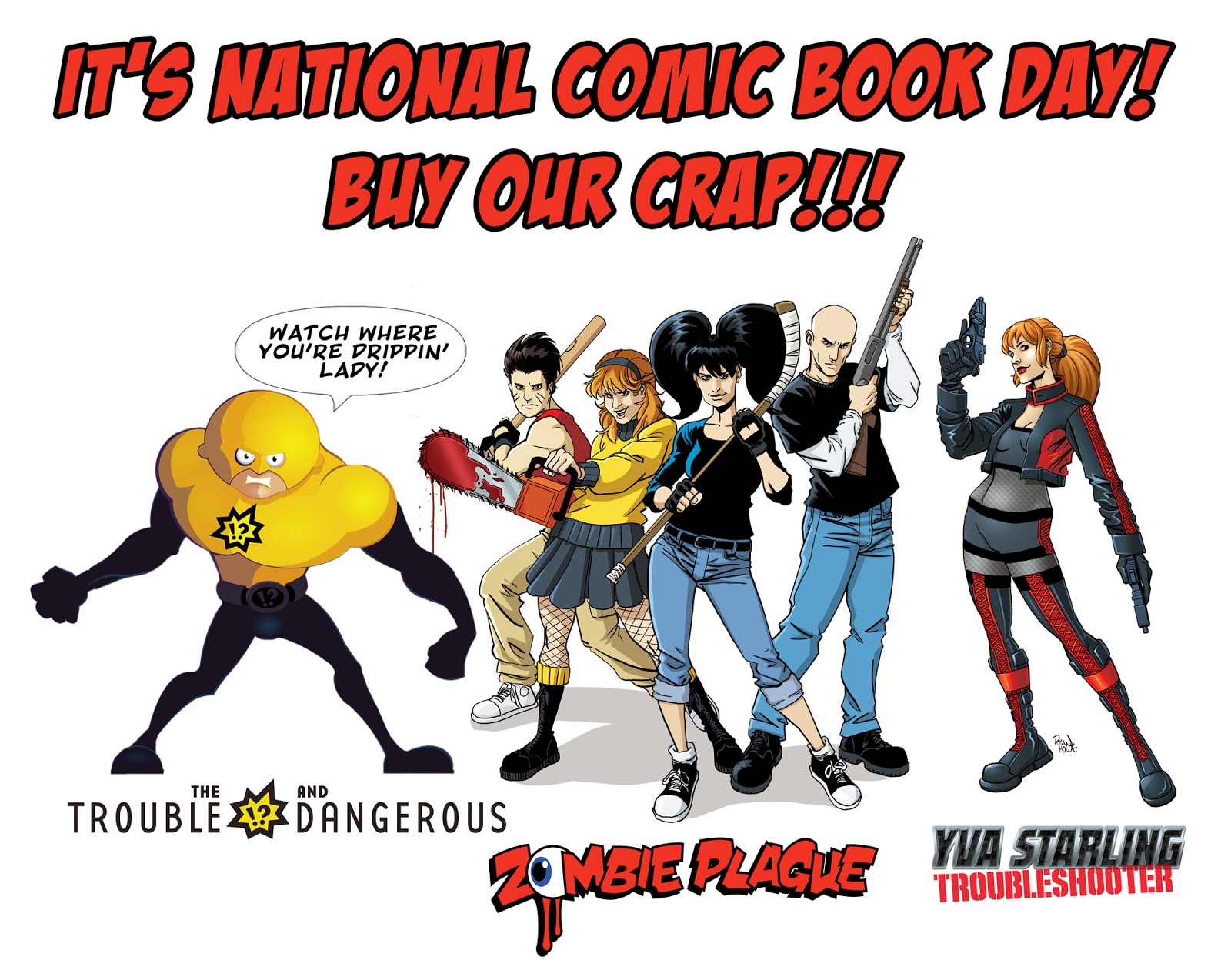 Posted by Roebeast at 2:21 PM No comments:

Having played Star Frontiers in the early 1990s, I have a soft spot for this forgotten game from TSR back when that company was the galactic center of the gaming universe. I found some of the miniatures a few years back and thought that it would be fun to paint them up. Unfortunately the boxes that I found had severe cases of lead rot and most of the minis were unusable. Luckily my buddy Dave, who also ran our SF sessions in the 90s, had some beautifully clean castings so I at least got to paint a few of them.


So far I've finished five minis. 3 Dralasites, 1 Vrusk in spacesuit, and the newest, a human in spacesuit with jet-pack. I now working on a Sathar in spacesuit, then a Yazirian. I'm also thinking about sculpting some of my own minis to add to the collection.

I really enjoyed Star Frontiers and was greatly disappointed by Alternity which promised to be SF's sequel in spirit if not actuality. But luckily I still have some of these fun minis and all of the original rules and modules for SF are available online. Might be time for another Star Frontiers campaign. And this time I'm not playing a Humma medic. 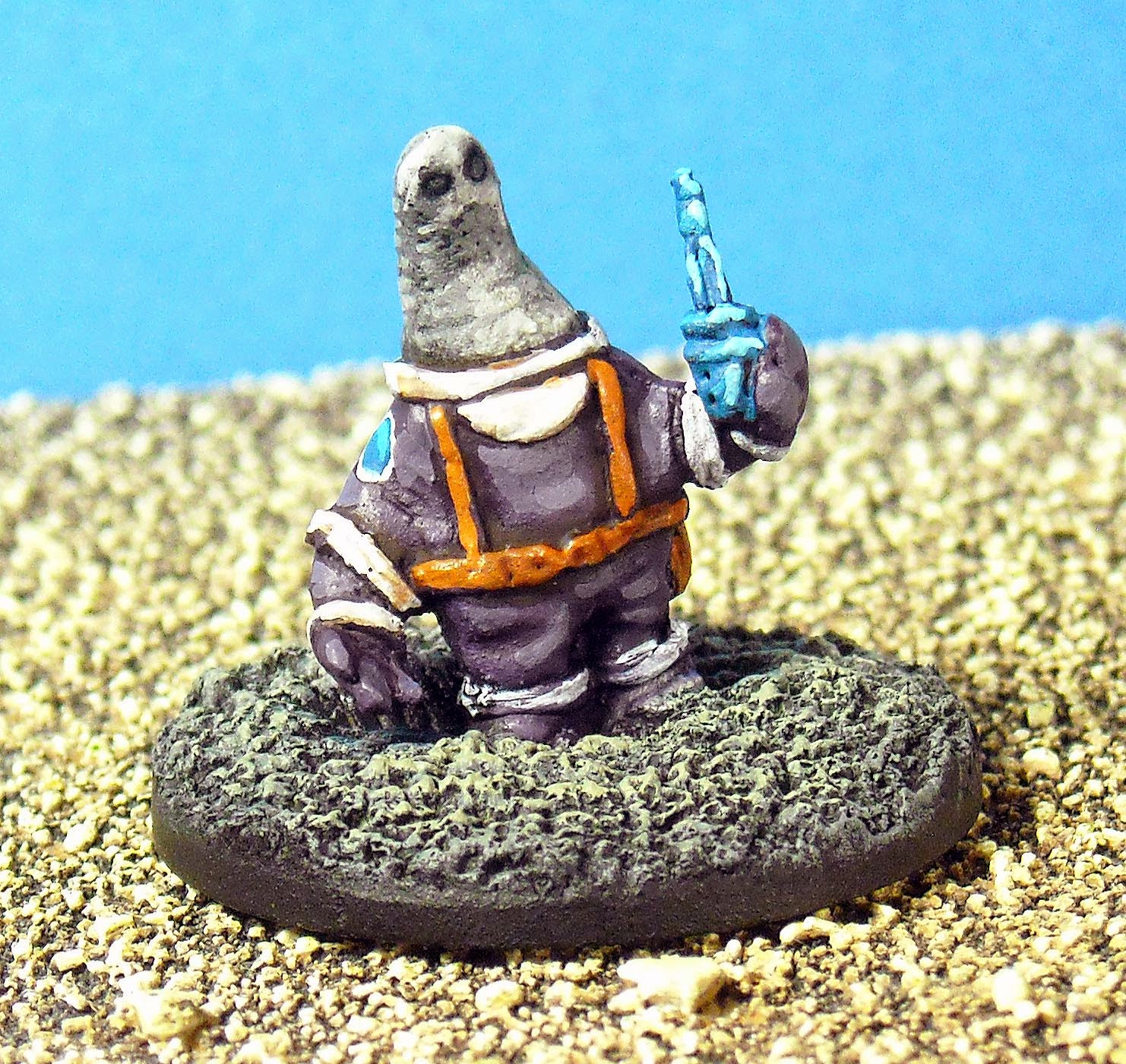 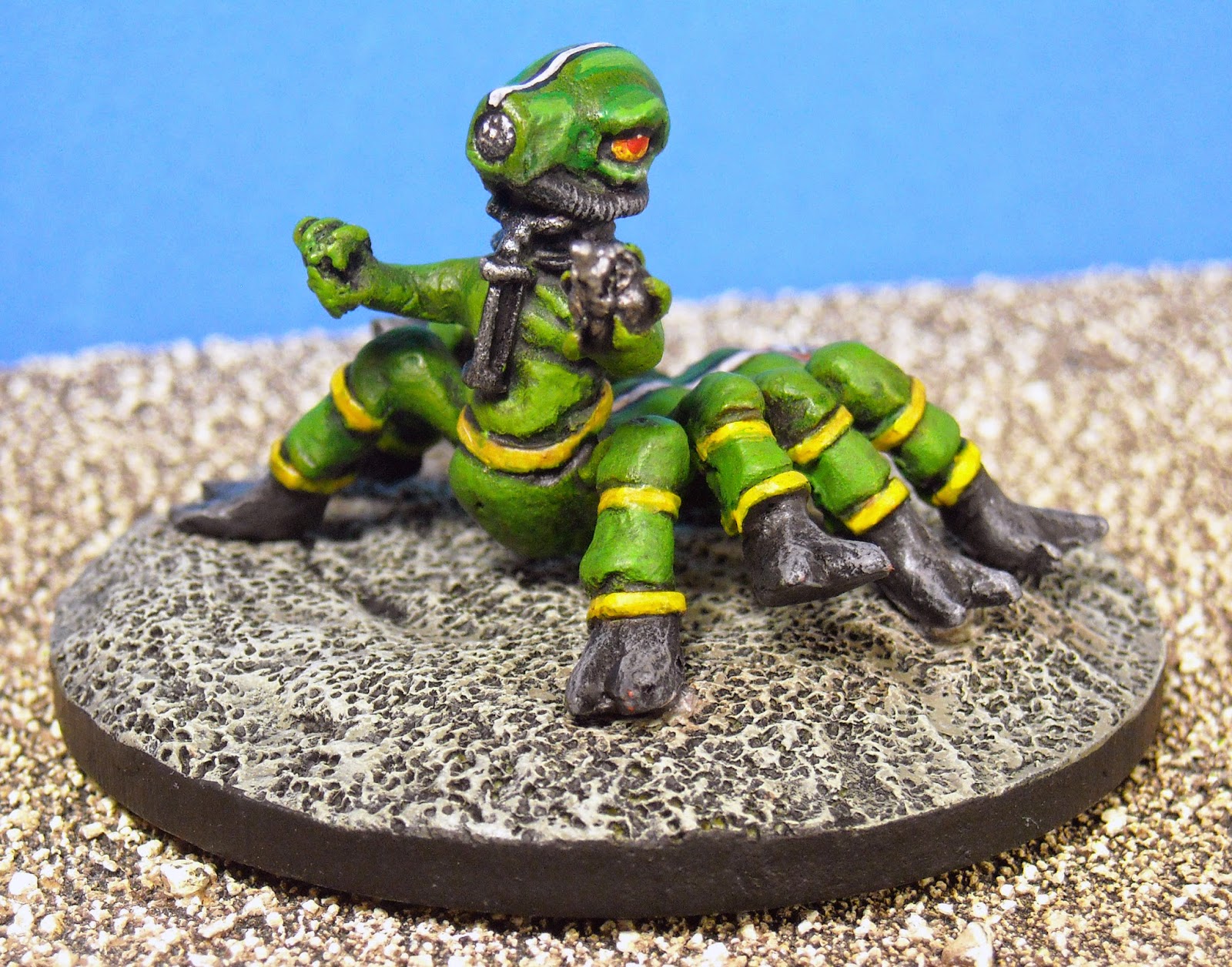 A cool Wiki site about the various races:
http://starfrontiers.wikia.com/wiki/Category:Playable_Character_Races

Lost Minis wiki with all of the Star Frontiers minis:
http://www.miniatures-workshop.com/lostminiswiki/index.php?title=Star_Frontiers_(TSR)
Posted by Roebeast at 10:14 PM 4 comments:

The Beginnings of Modern Wargaming: Making and Collecting Military Miniatures by Bob Bard. 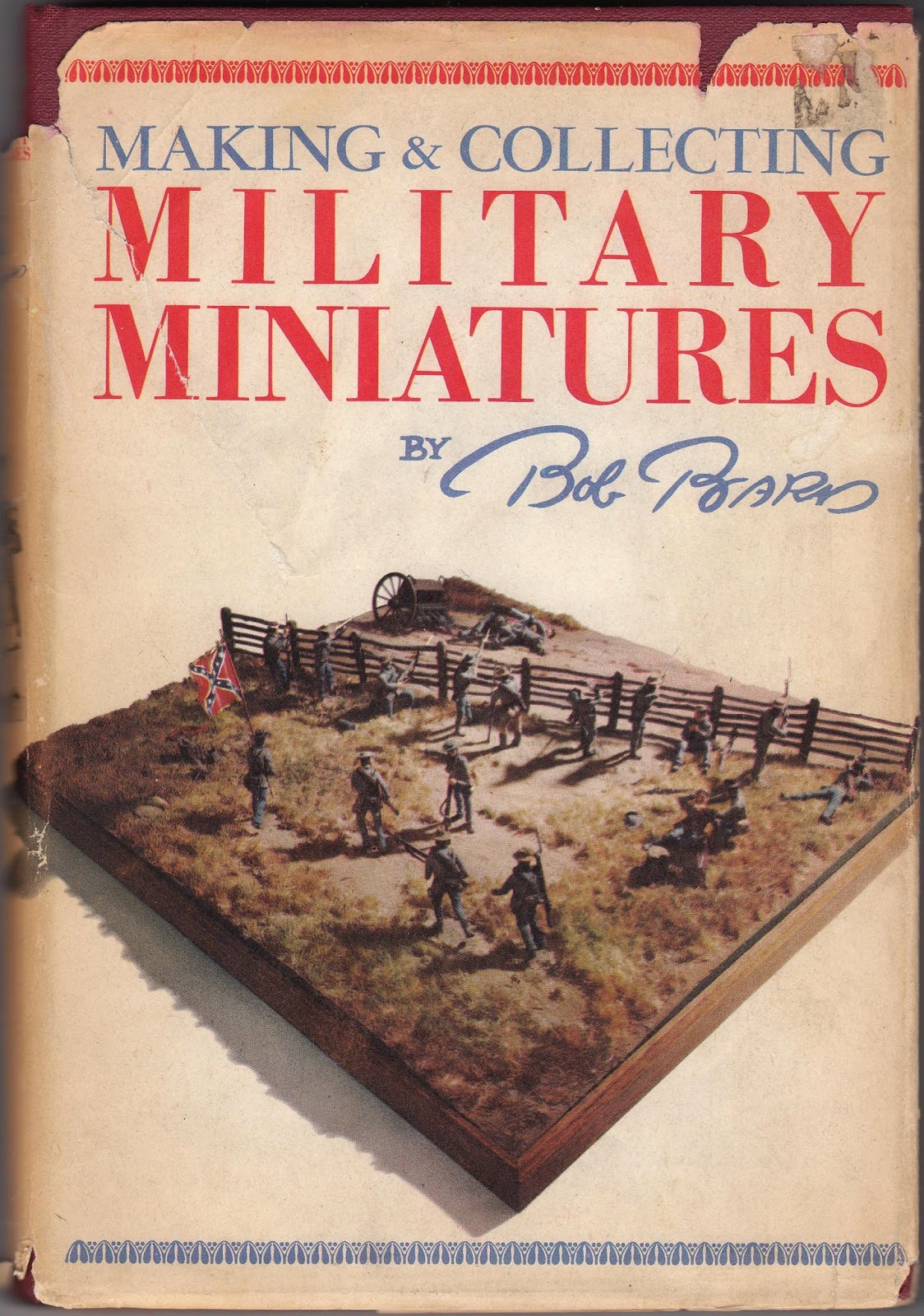 One of the treasures in my library is a trim little volume called Making and Collecting Military Miniatures by Bob Bard. The book was published in 1957 and although it focuses on toy soldiers instead of miniatures designed specifically for gaming, there are plenty of glimmers of what modern wargaming would become. What began with Wells's Little Wars in 1913 would be developed to a level by the 1950s that dice were used in place of toy cannon and various rulesets were being created for particular eras of warfare. And even in this early age of gaming discussions about the proper scale or best ruleset were beginning as well as how well a miniature needed to be painted before being used in a game.

Below I've posted some of the most relevant images from the book along with their captions. 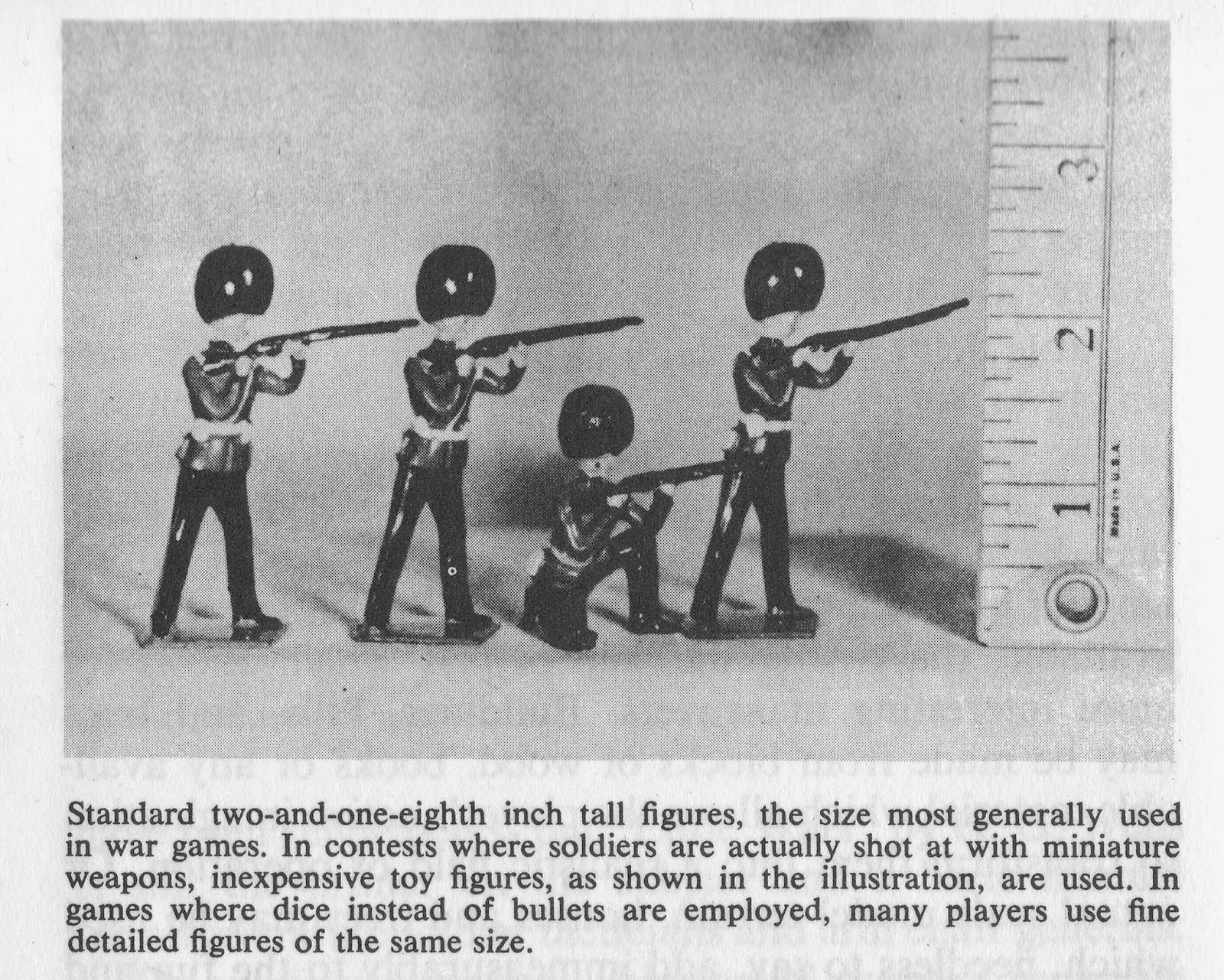 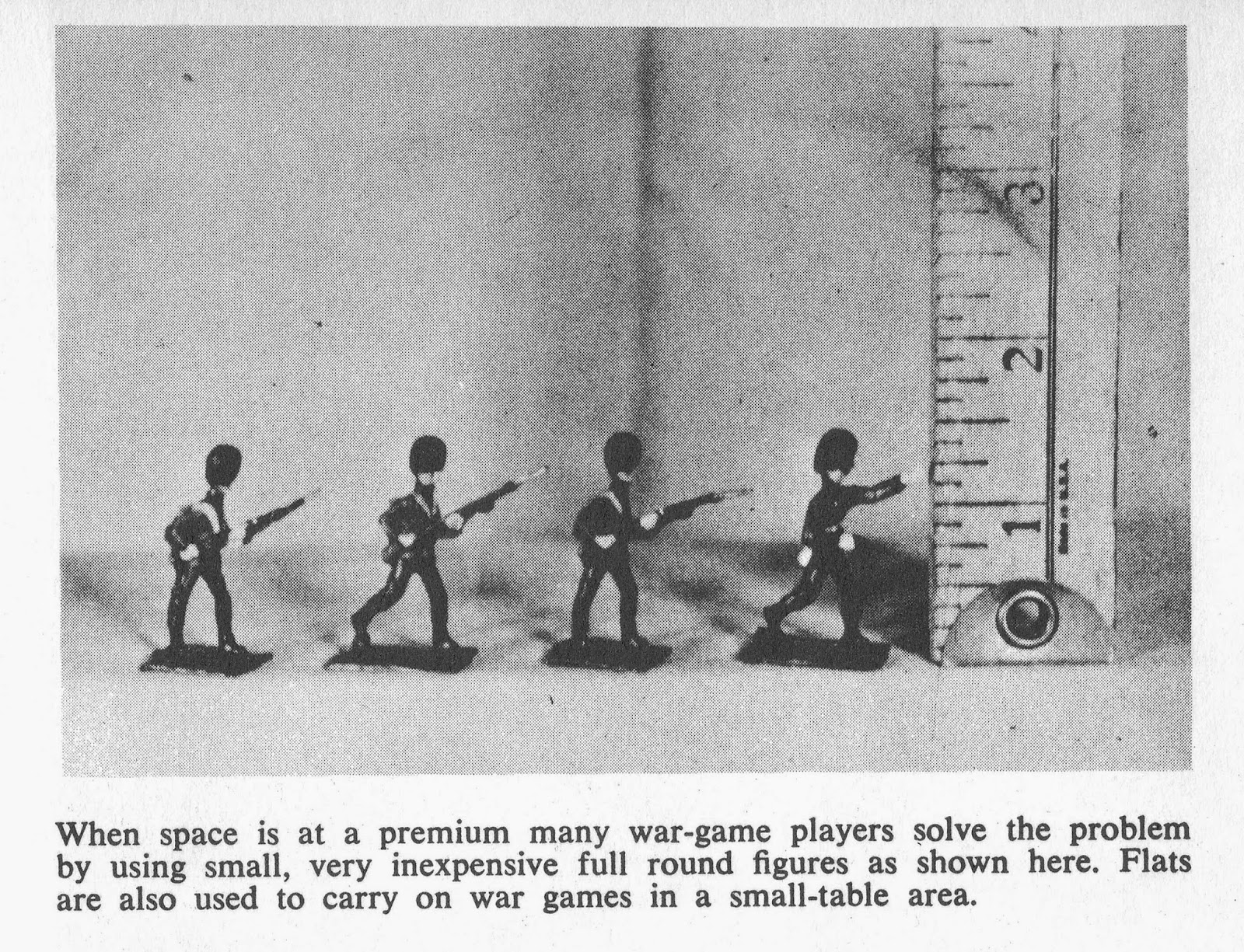 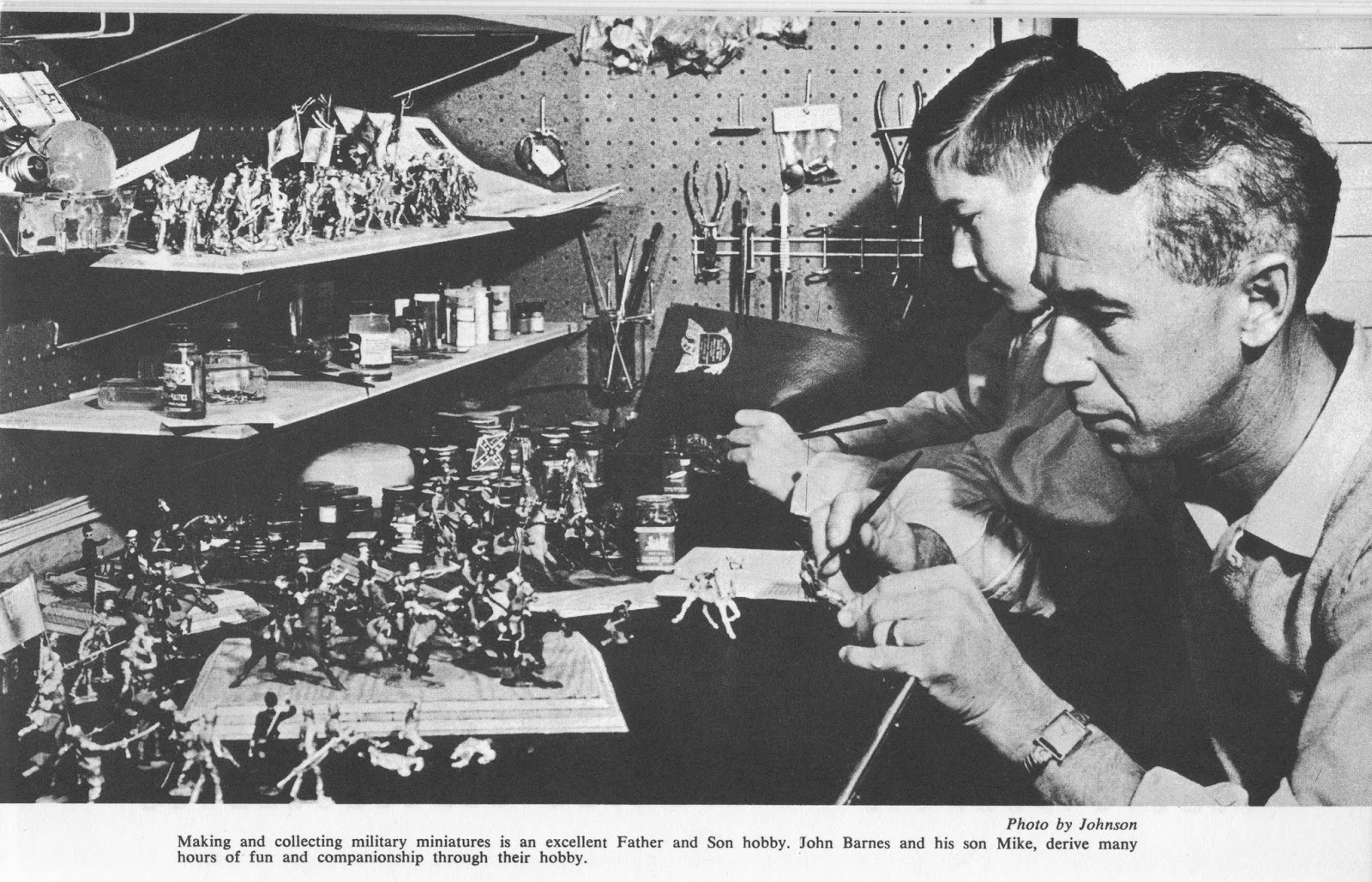 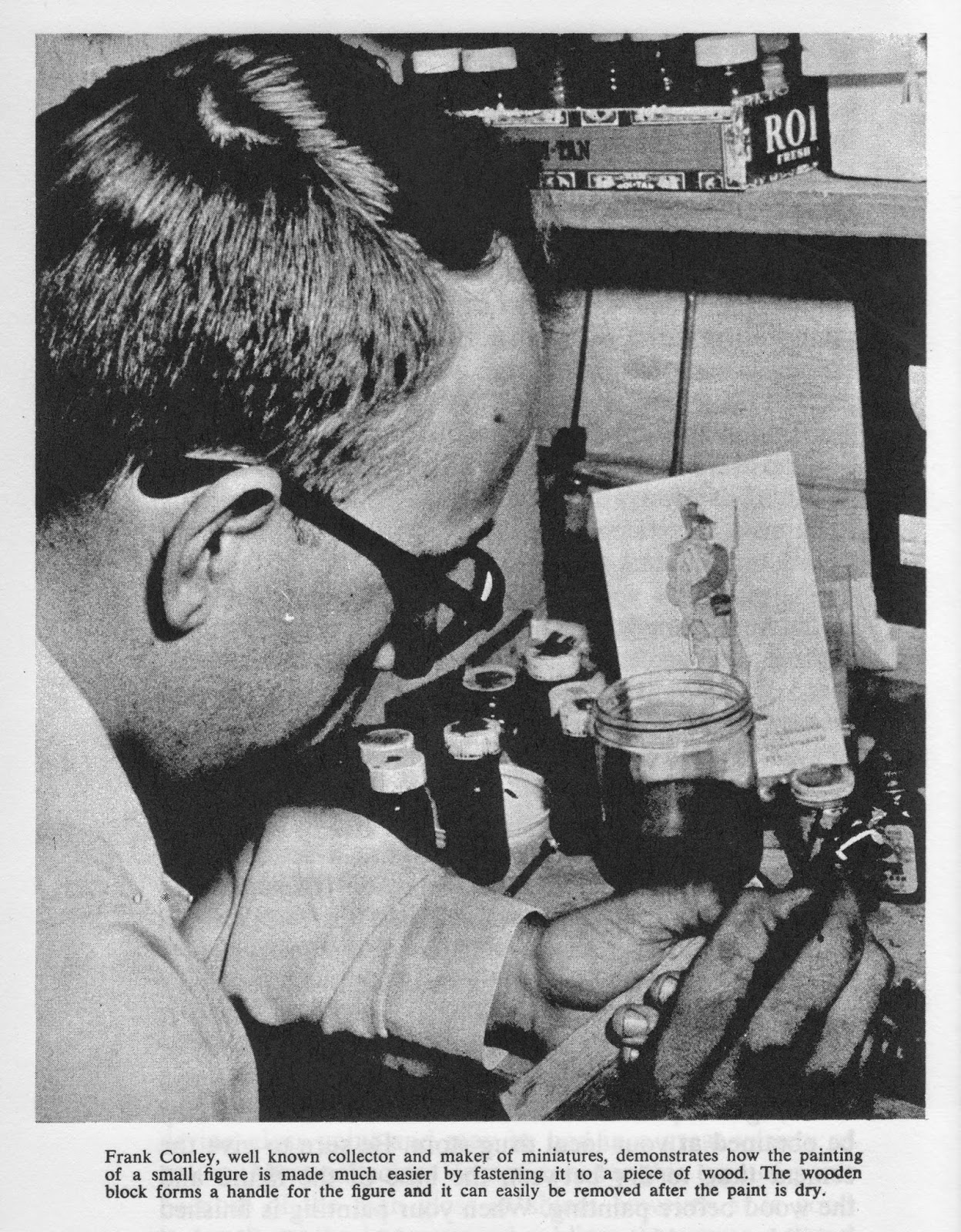 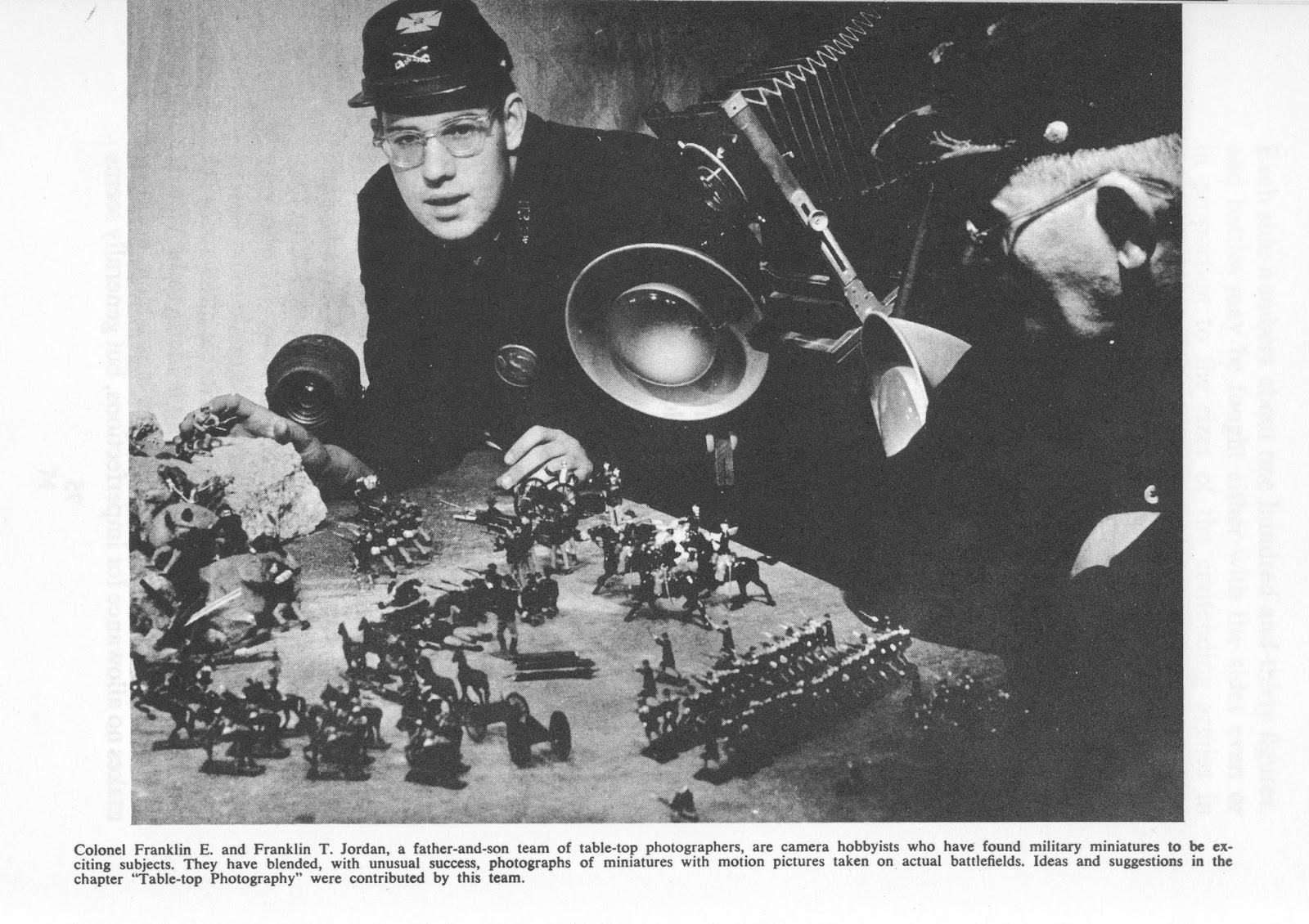 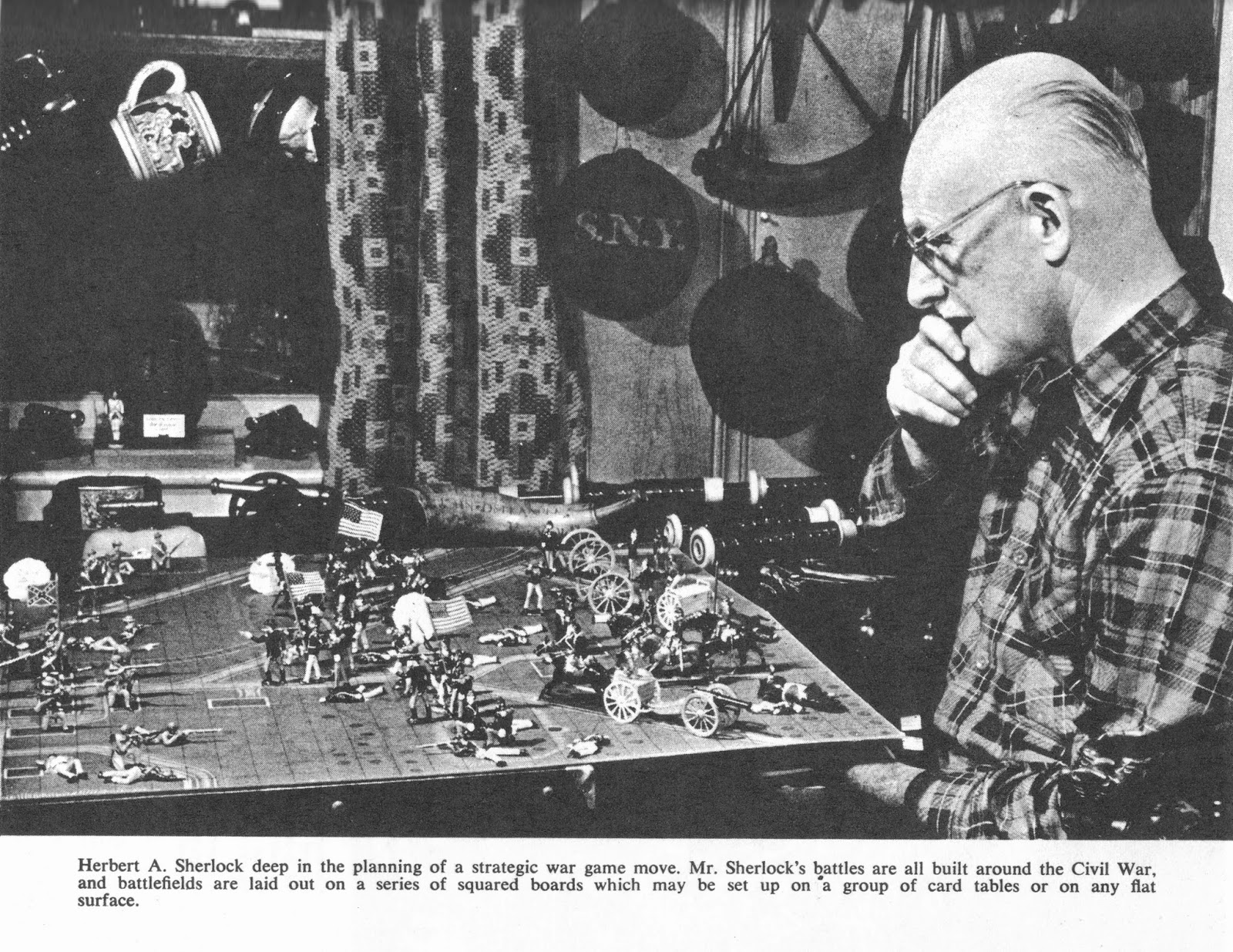 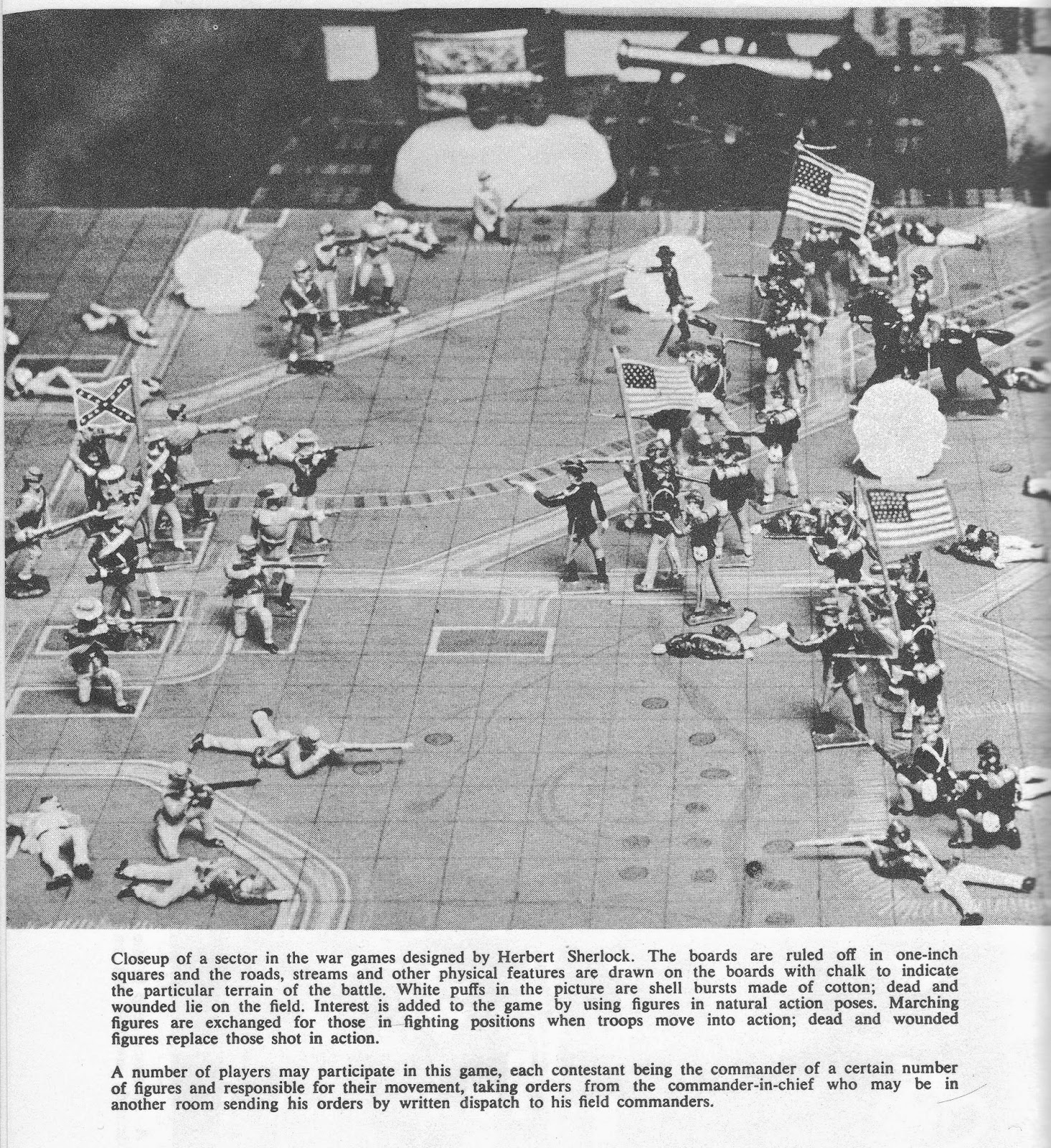 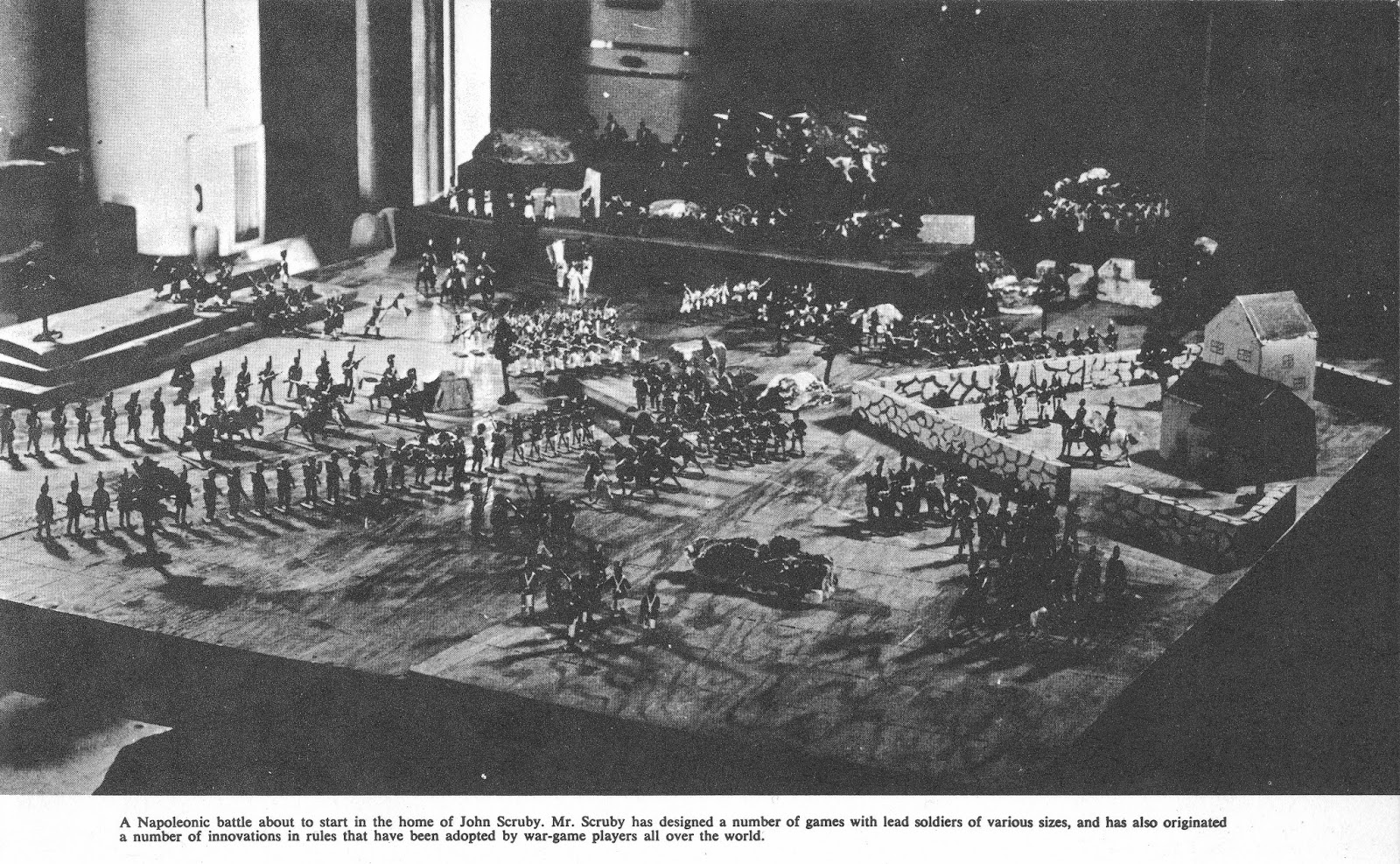 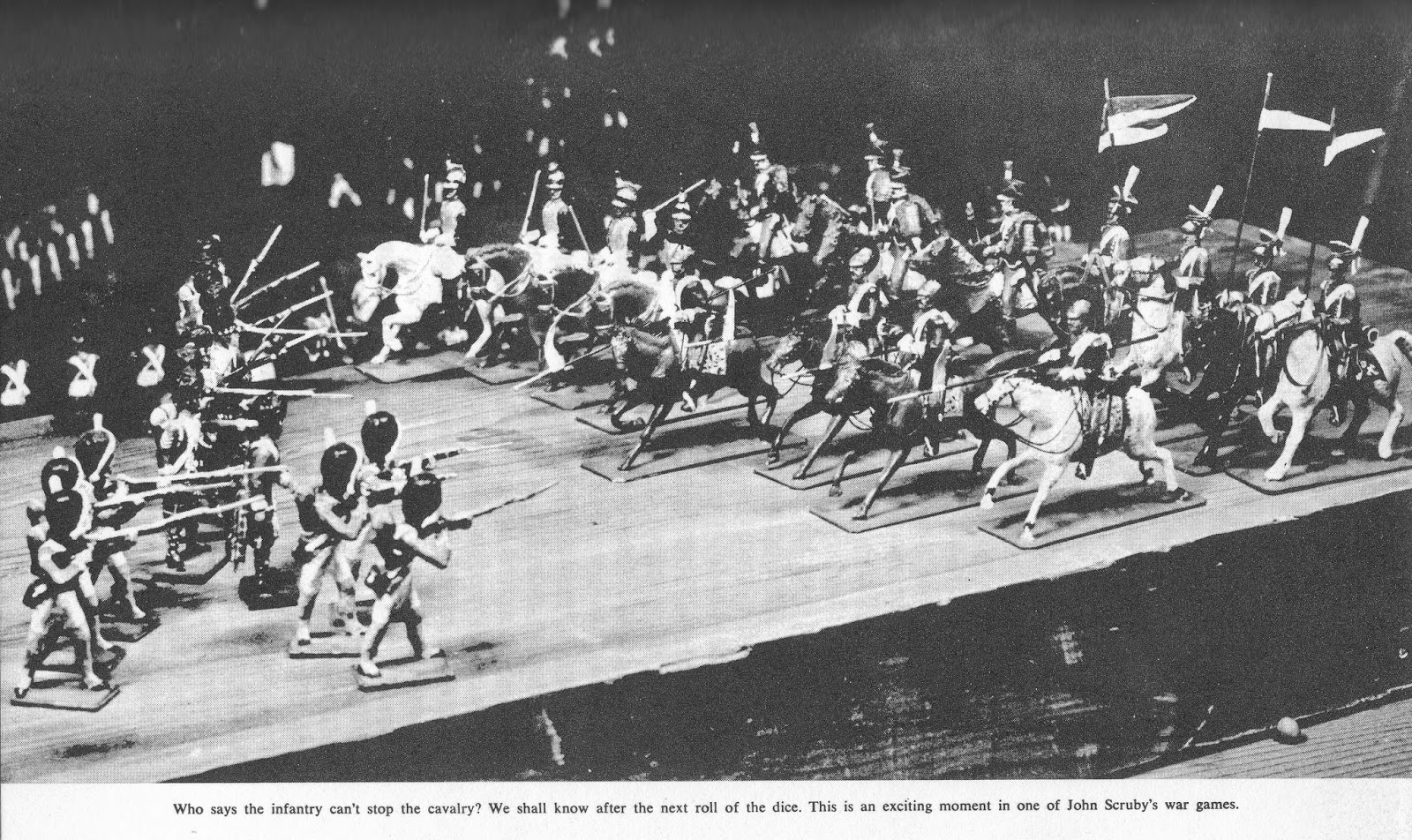 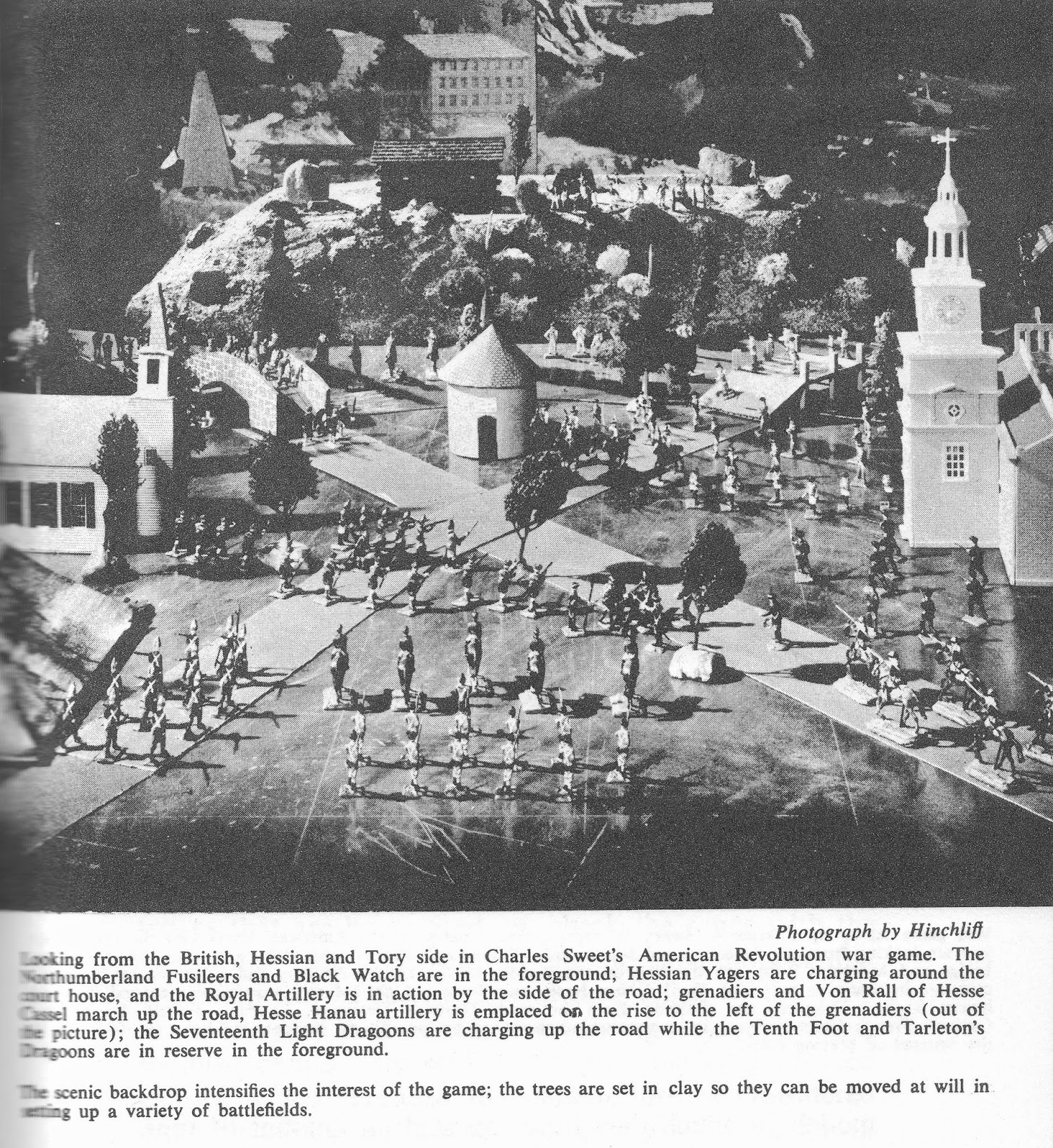 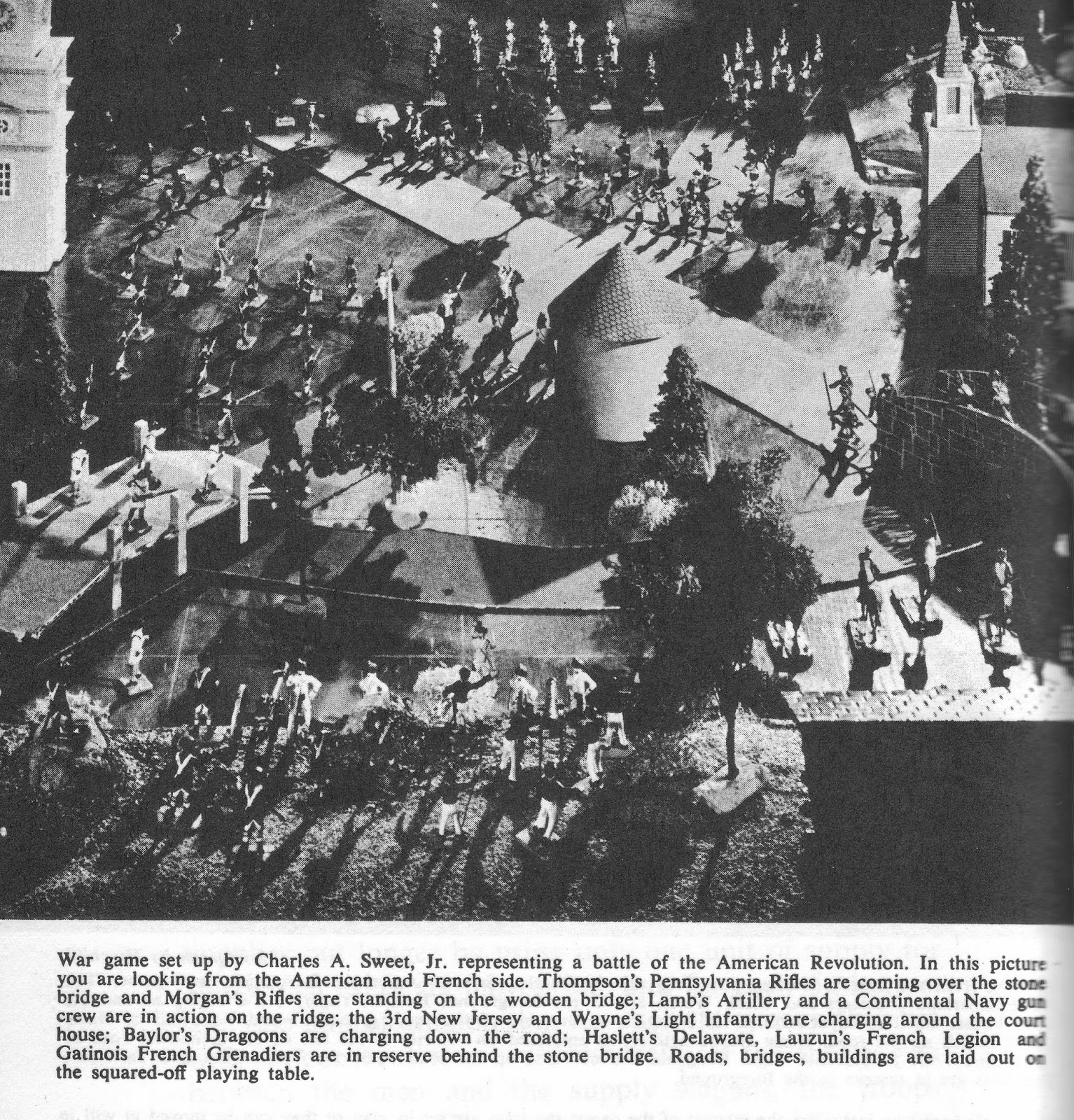 I've been doing more practice comic book coloring and have started using vintage black and white gaming art as my line-art. I used this drawing of a Warhammer 40K MK14 Bullock Jet Cycle by Pete Knifton as my most recent piece. The scan I had wasn't that great so I did this one quick and dirty but was still pretty happy with how it turned out. 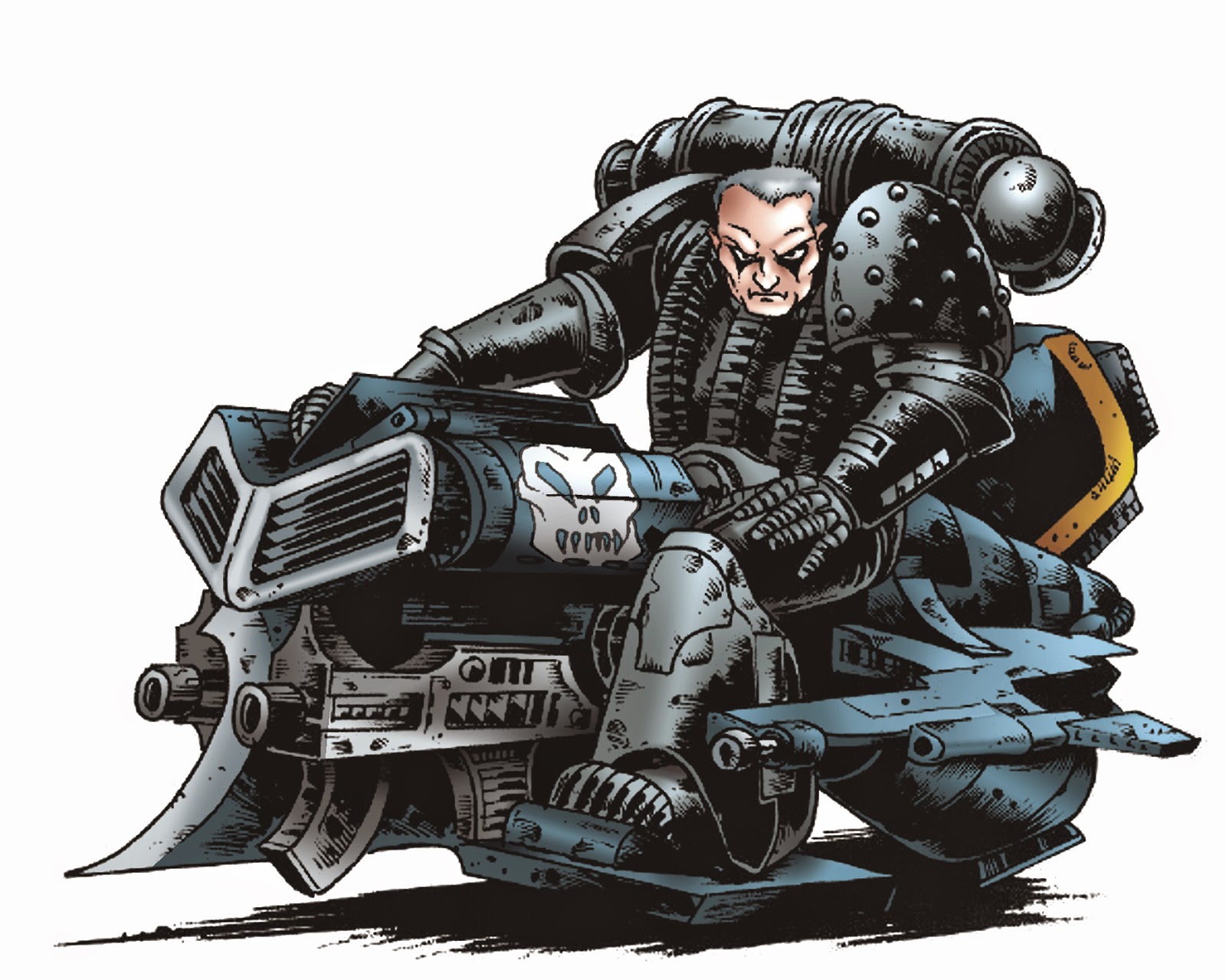 I then went through my collection of White Dwarfs and found a much better image that I could have scanned and used. But I've already colored it once so so c'est la vie. But it made me realize how cool these little bikes were so I scanned the other reference I have in my collection. 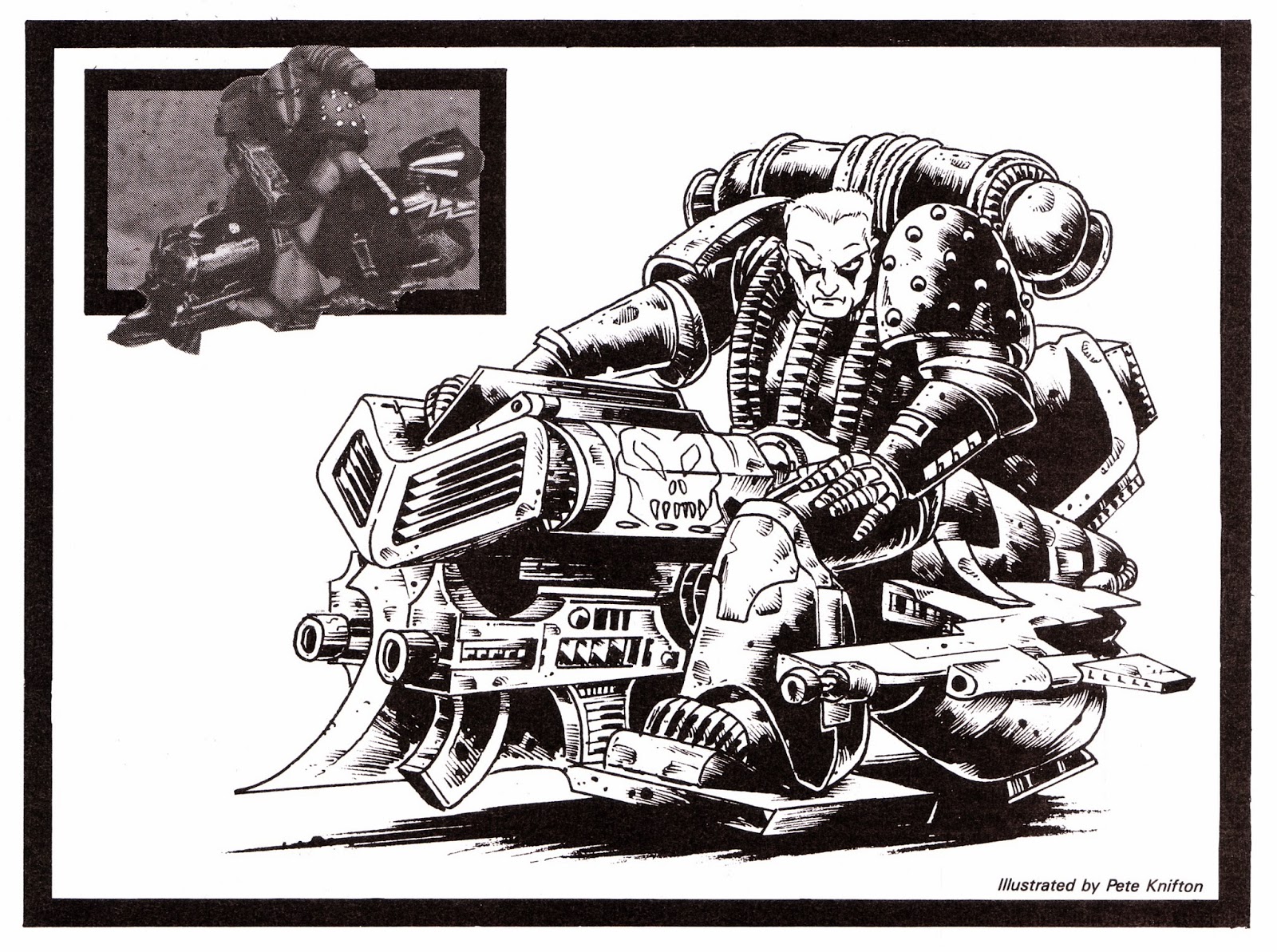 Although I don't want to dwell only in the past I still enjoy the humor and obvious fun that the early creators of 40K shared. The test report by Johann Blank sums up this mood quite well.